Samaritan priests insert their skewered Passover sacrifices into the oven during the ritual of Sacrifice, part of a Samaritan Passover ceremony, in Mount Grizim, near the West Bank town of Nablus, April 30. 2007. The Samaritan religion is descended from the ancient Israelite tribes of Menashe and Efraim, and the community numbers today around 700 people, half at Mount Grizim in the West Bank and the others in Holon near Tel Aviv in Israel. Photo by Michal Fattal/Flash90. 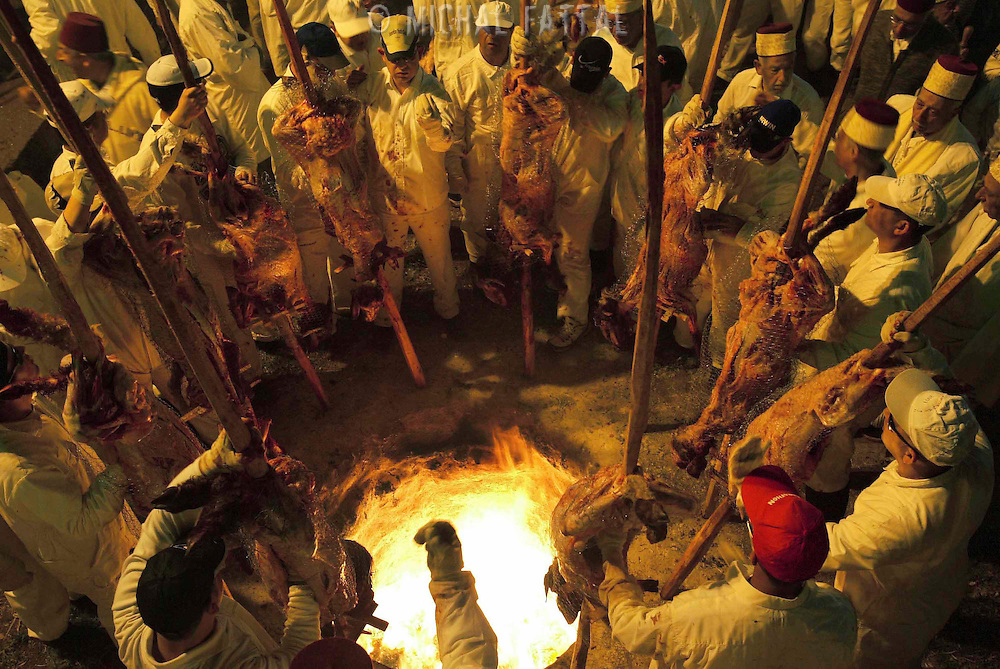