Peggy Cidor, a leading woman of the Women of the Wall organization, stand in the hallway of her building in Jerusalem, Monday, May 20, 2013. The grafitti reads" The women of the Western Wall are despised". The group, known as "Women of the Wall," convenes monthly prayer services at the Western Wall, the holiest site where Jews can pray, wearing prayer shawls and performing rituals that ultra-Orthodox Jews believe only men are allowed to do...Israeli officials initially opposed the group but have recently backed its right to worship. Earlier this month, thousands of ultra-Orthodox protesters tried to prevent their prayer service. 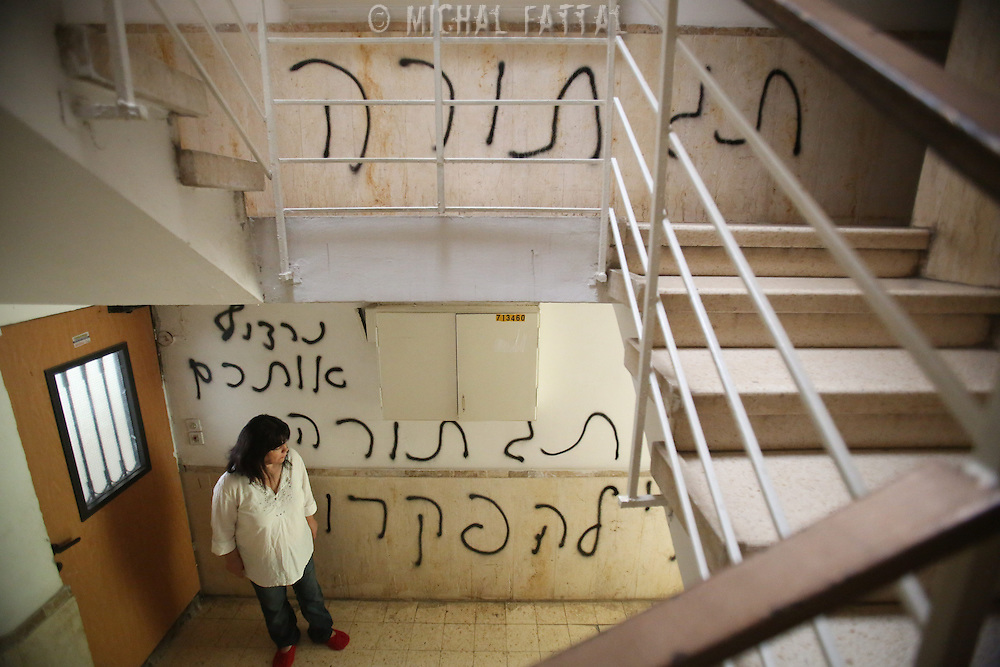